Chiropractor Dr. Scott Zack, the Michigan resident, commends the extension of his field’s expertise to those served by the Army and Air Force Exchange Service.

Michigan-based Dr. Scott Zack has joined the American Chiropractic Association in applauding the Army and Air Force Exchange Service’s move to offer chiropractic aid for the first time. The service will reportedly commence the extension of chiropractic care to beneficiaries later this year.

The Army and Air Force Exchange Service, it’s reported, will begin by offering chiropractic services at an initial six locations across the U.S. “It’s fantastic news for all involved,” says Dr. Scott Zack, a renowned chiropractor from the metropolitan Detroit area.

Chiropractic treatment was made available to the military community for the first time in 2000. This transpired following legislation to create a permanent chiropractic benefit for active-duty personnel, championed at the time by the American Chiropractic Association. Yet, two decades on, military families and retirees are still to receive the same benefits.

“It’s hoped that the addition of chiropractic care to military exchanges will prompt extended, ongoing change in this regard,” suggests Dr. Scott Zack, speaking from his office in Bloomfield Hills, Michigan.

The Army and Air Force Exchange Service makes various services available to the U.S. military community at locations worldwide. Many of these locations offer healthcare services, including vision and dental provisions. The decision to introduce chiropractic treatment at select exchange locations has been hailed as continued confirmation of the importance of such services to military members.

Crucially, the Army and Air Force Exchange Service also extends provisions to the dependents of active-duty personnel and retirees permitted to access the benefits of its facilities.

TRICARE, the military’s civilian healthcare program, currently lacks chiropractic coverage for dependents and those who’ve retired. However, retirees have previously been granted limited access to chiropractic services. Yet, fulfilled on a space-available basis, access was later restricted and then withdrawn.

Now, though, further change may be on the horizon after an extended period of evaluation and following the Army and Air Force Exchange Services’ move to offer chiropractic services for the first time. The American Chiropractic Association initially learned of potential plans to address access to chiropractic treatment for TRICARE beneficiaries in 2019.

“Two years on, it’s anticipated that positive change may now be just around the corner,” says Dr. Scott Zack, Michigan. “There’s a growing belief, in fact,” he adds, in closing, “that this could even take place before the end of the year, if not sooner.” 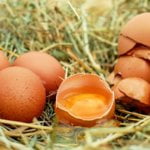 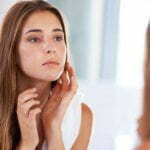