Diesel-powered vehicles now conjure negative connotations for many car owners. The Dieselgate diesel emissions scandal surprised the automotive industry and affected thousands upon thousands of car owners. Carmakers worldwide have had to deal with the scandal’s repercussions long after it broke. Affected customers have also had to deal with the effects of the illegal defeat device on their cars.

However, the biggest victim of the scandal is the environment, specifically the air quality around us.

Air pollution was a global issue for years, long before the diesel emissions scandal. These days, though, the situation has become more challenging because of the repercussions of using illegal defeat devices in diesel vehicles. The air we breathe has become too dangerous for us.

According to a 2017 Environmental Health Analytics study, nitrogen oxide (NOx) emissions that are way above the World Health Organization’s regulated limits are linked to approximately 38,000 premature deaths worldwide. Most of the deaths were recorded in Europe, in places that focused more on reducing CO2 or carbon dioxide than NOx emissions.

Article Summary show
What was the Dieselgate scandal about?
What about NOx emissions? What are they? How have they affected air quality?
So, what should affected car owners do?

What was the Dieselgate scandal about?

Initially, only the Volkswagen Group was involved in the Dieselgate scandal. It was September 2015 when the United States Environmental Protection Agency (EPA) and the California Air Resources Board discovered illegal defeat devices installed in Audi and Volkswagen vehicles. The US authorities accused VW of knowingly using the devices in their cars sold in the American automobile market.

Initially, the VW group denied the allegations. Their officials later admitted knowing about the defeat devices.

Defeat devices are used to cheat emissions tests. They can detect when a vehicle is in testing, and once they do, they artificially reduce emissions levels so these would stay within the WHO limits. As such, inside the lab, the vehicle appears clean and efficient. When it is brought out and driven in real-world road conditions, the car emits voluminous NOx levels over the WHO and EU limits.

In light of this, it’s easy to see that vehicles with defeat devices are heavy pollutants. They harm the environment more than good and can damage a person’s health.

Volkswagen marketed their diesel vehicles at premium prices and guaranteed they were clean and safe. In reality, they lied and mis-sold the cars. Customers who thought they were driving environmentally friendly vehicles were deceived as they contributed toxic emissions every time they were on the road.

Aside from Volkswagen, other car manufacturers were also implicated in the diesel emissions scandal. Around two years after the Dieselgate scandal broke, US owners of Mercedes-Benz diesel vehicles joined. They planned to file a class-action lawsuit against the carmaker for the alleged use of defeat devices. However, the Mercedes emissions scandal officially reached Europe and the UK shores only in 2020.

Other manufacturers involved in the diesel emissions scandal include BMW, Renault, Alfa Romeo, Peugeot, Nissan, Jeep, Vauxhall, Citroën, and Ford, among others.

What about NOx emissions? What are they? How have they affected air quality?

NOx or nitrogen oxide emissions contain a combination of nitric oxide (NO) and nitrogen dioxide (NO2). Along with hydrocarbons, particles, and carbon monoxide, NOx emissions are considered primary road transport pollutants. They have life-changing impacts not only on the environment but on human health as well.

Over the years, nitrogen oxide emissions have been linked to thousands upon thousands of deaths in the UK. In 2018, road transport, particularly NOx, made up 31% of the total emissions in the UK. Several studies and reports have described toxic air as more dangerous than smoking as it causes more deaths globally than cigarettes and tobacco.

Additionally, exposure to NOx emissions can cause adverse health conditions.

Suppose a person is constantly exposed to nitrogen oxide emissions. In that case, they can develop respiratory illnesses such as bronchitis and emphysema, their airways can get inflamed, and their susceptibility to lung cancer, heart disease, and stroke increases.

Other health impacts include asthma and aggravated asthma, asphyxiation, spasm of the vocal cords (also known as laryngospasm), lung fluid, and breathing problems. High-level exposure to NOx emissions may lead to premature death, as was the case of nine-year-old Ella Kissi-Debrah, who died after a severe asthma attack. She was constantly exposed to high levels of toxic air in the South Circular Road area, where she and her mother lived. In December 2020, after an inquest, the coroner ruled Ella’s death was caused by air pollution.

So, what should affected car owners do?

Car owners affected by the diesel emissions scandal are encouraged to bring their carmakers to court through emissions claims. If their claim is successful, the courts will compensate them for the inconvenience their manufacturer caused them.

To start your diesel claim, you must verify if you are eligible for legal action against your carmaker. Get in touch with ClaimExperts.co.uk now; they know exactly what you need and how to help you. 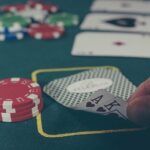 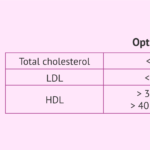